Did You Know? The guide outfitting industry first started in BC in the late 1800s.

Guide outfitters are the founders of the tourism industry in British Columbia. By the late 1800s, the world’s hunting fraternity had learned about the exceptional quality and diversity of big game species available in British Columbia. Local residents started guiding services to meet the demand for quality big game hunts. The first provincial game department was established in 1905 and a tourism marketing program was started shortly thereafter. Exhibits of Canada’s big game trophies found their way to London, Glasgow and Vienna to display the hunting opportunities available in British Columbia.

Hunting gives wildlife value. Hunters and guide outfitters have a vested interest in the future of wildlife. As a result, they are passionate about preserving the opportunity for future generations enjoy them. The International Union for the Conservation of Nature, the world’s largest and oldest conservation organization, states that hunting plays a positive role in conservation because “the social and economic benefits derived from such use provide incentives for people to conserve them.” The 2003 Independent Panel made a similar observation, “An ironic benefit of harvesting is that it prompts agencies to conduct research and monitoring that they otherwise might not do; some non-harvested bear populations may be jeopardy from human-imposed alterations to their habitat but monitoring of these populations is often inadequate.”

Since 1981, hunters have contributed millions of dollars to the Habitat Conservation Trust Foundation (HCTF) through surcharges on licences, tags, and royalties. These funds have enabled the HCTF to undertake a variety of conservation projects, both for hunted and non-hunted species. Many HCTF projects have directly benefited grizzly bears.

Guided hunting and wildlife viewing are two of the many overlapping business activities that operate on Crown land in BC. A multitude of adventure tourism and resource extraction tenures – forestry, heli-skiing/snowmobiling, mining, and more – currently share the land base. The reality is that tenure holders must find a way to share Crown land and cooperate with others operating within their areas. Impacts to businesses can be typically be avoided by dividing operators by time and space. 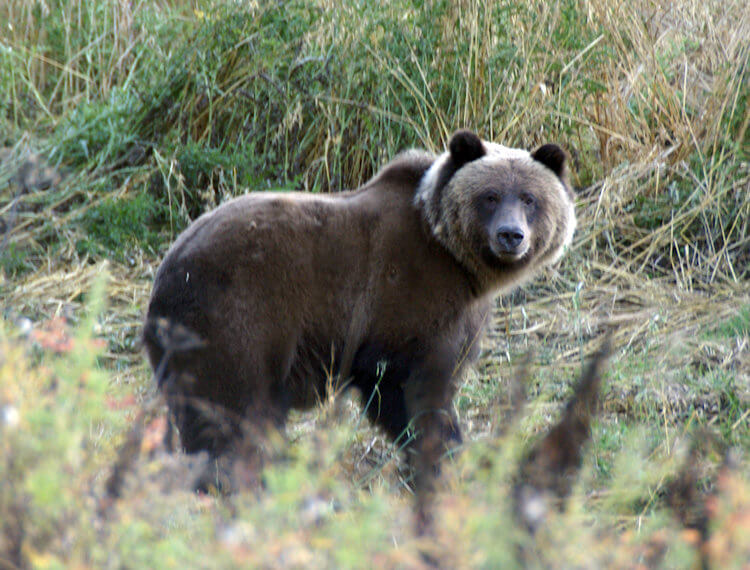 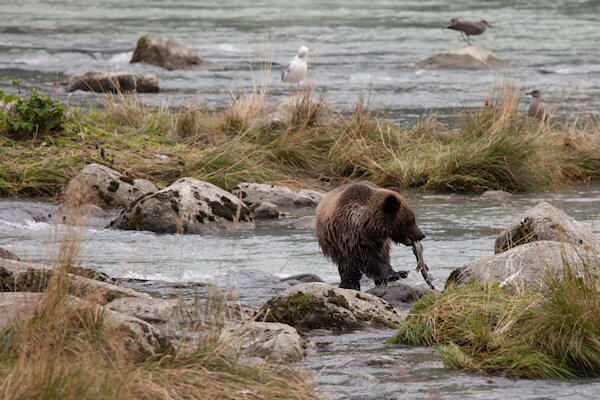